A new Masters Project to experimentally develop superconducting transmon qubits fabricated on a flexible substrate, kapton. Numerous technical problems in realizing qubits will be addressed if kapton-based qubits can be realized, but it has never been done. Why? No one has tried! We have all the ingredients; someone just needs to dig in and do it. Is that you? Read more here>>

A new Masters Project to experimentally investigate thermal transport in quantum Hall systems. The project aims to understand some subtle aspects of exotic carriers in the fractional quantum Hall regime, where excitations are neither fermions or bosons, but anyons with fractional or even nonabelian (braiding) statistics. Read more here>>

A new Masters Project is available to experimentally investigate thermal transport in quantum Hall systems. The project aims to understand some subtle aspects of exotic carriers in the fractional quantum Hall regime, where excitations are neither fermions nor bosons, but anyons with fractional or even nonabelian (braiding) statistics. These properties are sometimes invisible in electrical transport but can be seen in the transport of heat through the device. Read more here>>

Superconductors and ferromagnets: fight or compromise?

A new Masters Project to experimentally investigate quantum phases in two-dimensional arrays of Josephson junctions. Josephson arrays can be fabricated from superconductor-semiconductor heterostructures, allowing voltage control of phase transitions. The project involves design, fabrication, and measurement of these structures at millikelvin temperatures in collaboration with PhD students, postdocs, and faculty. Read more here>>

A new Masters Project to experimentally investigate how superconducting quantum interference devices (SQUIDs) functions with quantized conductances in their arms work. The goal to continue our investigation of protected qubits based on superconductor-semiconductor SQUIDs. The project involves design, fabrication, and measurement of these structures at millikelvin temperatures in collaboration with PhD students, postdocs, and faculty. Read more here >>

The projects require close interactions with researchers who are growing the semiconductor heterostructures. The projects will involve structure characterization, nanoscale device fabrication, electrical transport measurements and advanced data acquisition/analysis. The master candidate will have a good chance to have hands-on state-of-the-art instrumentation throughout the project.

The physics of Majorana modes have been the subject of intense experimental research at the Center for Quantum Devices. Majorana modes exist in the topological phase of one-dimensional semiconductor-superconductor nanostructures and hold the promise to enable quantum computing. Thus, they are a hot research topic in solid-state physics with strong relevance for future computer hardware.

The material we work on are semiconducting InAs nanowires proximitized by superconducting Al. This combines a conventional superconductor and a semiconductor with strong spin-orbit interaction. In our particular approach, we use nanowires produced by selective area growth (SAG). This allows for two-dimensional nanowire networks that can be used to build novel devices. Read more here >>

If you are interested in being involved please contact Charlie Marcus (marcus@nbi.ku.dk).
Experiments on quantum wires and hybrid quantum dots

Student projects will focus on devices based on nanostructured materials synthesized in-house such as semiconductor nanowires or carbon-based materials. When superconducting electrodes are attached to such wires, they form quantum dots where we can study the states arising in such ”artificial superconducting atoms/molecules”. Currently we are investigating these quantum states and the coupling between them in different multi-quantum-dot geometries consisting of, e.g., serial or parallel double quantum dots contacted with one or more superconducting electrodes. Read more here >>

Topological superconductors are a new class of materials, expected to hold a superconductive gap in their bulk and protected states at their boundaries. These states are called Majorana modes, and are attracting an enormous experimental and theoretical interest. Our research objective is to take topological superconductors to the new dimension by developing a 2D platform for creating, studying and manipulation Majorana modes. We are looking for motivated bachelor and master students to side us in our research. During your stay you will be involved in nano fabrication of devices, electrical measurements at cryogenic temperatures, data analysis and much more. Our interest ranges from studying fundamental properties of matter to using Majorana modes for quantum computation. Read more here >>

Our spin qubit team is looking for bachelor and master students to work on several new projects to fabricate, control, read out, and couple single electron spins to make quantum mechanical bits, the building block for a quantum computer. Using state-of-the-art electron beam lithography at the center’s nanofabrication facilities we are able to fabricate semiconducting quantum dots of ~ 100 nm in size. These dots contain a single electron, like an artificial hydrogen atom. We work on the material platforms SiGe, silicon-on-insulator and GaAs. At sufficiently low temperatures (tens of millikelvin) we can couple these quantum dots to each other. By applying high frequency pulses (MHz to GHz regime) we can control and read out their spin state with high fidelity.

If you are interested in these or other projects of the spin qubit team, please contact  Ferdinand Kuemmeth (kuemmeth@nbi.dk). 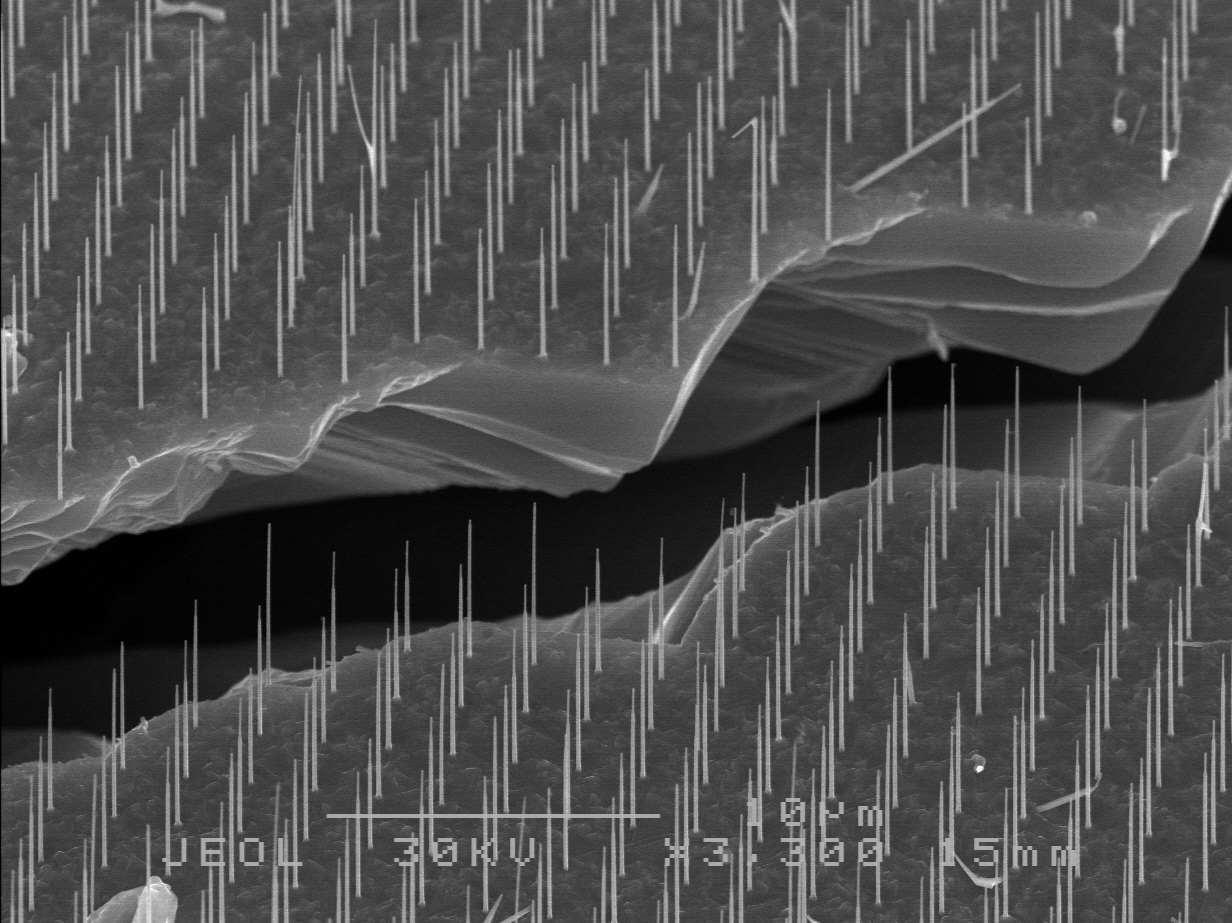 Nanostructured materials such as semiconductor nanowires are produced and analyzed at HCØ. These materials are fascinating in their own right and are also employed in a variety of devices ranging from sensors to quantum electronics. At QDev we focus mainly on their applications as quantum wires and dots. This research bridges advanced materials science and quantum physics. Students with an interest in growth, structural properties, nanoscale imaging (electron microscopy) or the physics of nanowires can get introduced to the various nanowire research groups and learn more about potential projects and supervisors. Knowledge of basic solid state physics is strongly recommended, e.g. from introductory courses on condensed matter physics.Read more here >>