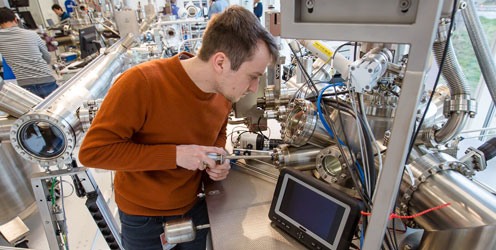 The center was opened in 2012 with funding by a center-of-excellence grant from the Danish National Research Foundation (DNRF). The center is hosted by the Niels Bohr Institute (NBI) and situated in the H.C. Ørsted complex. Professor Charles M. Marcus was the first center leader when he moved to University of Copenhagen and accepted a chair as Villum Kahn Rasmussen Professor the same year.

Most center members are faculty members in the condensed matter physics division of NBI and we participate in the teaching and supervision at all levels. We, however, also have QDev members who are faculty at Lund University and the Technical University of Denmark. For some period of time (2018-2021), QDev hosted Microsoft Quantum Lab and we joined forces with them on research on engineered topological superconductors and their potential application in topological quantum computing.

The research in the center evolves around quantum phenomena and electronic properties of nanostructures made of hybrid materials such as semiconductors, superconductors, and ferromagnetic insulators. A large part of the effort is devoted to investigation of development of solid-state qubits as candidates for the fundamental unit in future quantum computers. We work for example on design of spin qubit, superconducting qubits, and topological qubits.

The center was initiated thanks to the grant from DNRF (2012-2023) but has now funding from many sources, including The Villum Foundation, The Independent Research Fund Denmark, Novo Nordisk Foundations, ERC, The European commission, Carlsberg Foundation, and others. The Center for Quantum Devices is thus extremely strong and continues to be a leader in its research field.

Getting to the Center 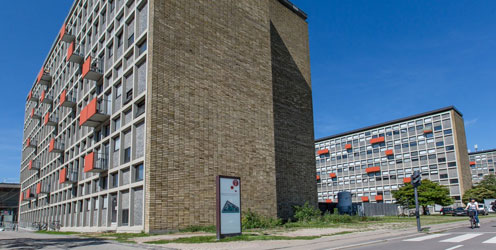