The American Association for the Advancement of Science, "Triple A-S" (AAAS), has selected QDev director Charlie Marcus as fellow in the physics section. 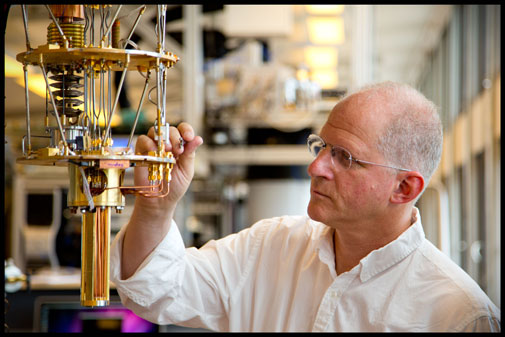 AAAS is an international non-profit organization dedicated to advancing science around the world by serving as an educator, leader, spokesperson and professional association. In addition to organizing membership activities, AAAS publishes the journal Science, as well as many scientific newsletters, books and reports, and spearheads programs that raise the bar of understanding for science worldwide.

AAAS members who have made scientifically or socially distinguished efforts to advance science or its applications and who have been continuous members for the four years preceding their nomination are eligible for election as AAAS Fellows. Three current AAAS members who were previously elected AAAS Fellows may nominate new AAAS Fellows, though only one of the three sponsors may share the nominee's affiliated institution and each AAAS Fellow may sponsor no more than two nominees each year.

Fellows may also be nominated by the steering group of one of the 24 sections of AAAS or the chief executive officer. The Fellows are elected by the AAAS Council from a list of approved nominees submitted by the section steering committees.